After a fantastic few weeks lazing around Trevignano, we decided that it was about time we made a slight effort to get out into the rest of Italy, so gave up the siestas for a few days, and headed off up North to the edge of Tuscany.

The initial plan was not to camp, but when I discovered the traditionally Italian lack of returns policy at Decathlon, we ended up with a rather cool little quechua tent, the best feature aside from the attachment for your guard wombat, is that it takes about 3 seconds to put up AND down, via a foot thingy and a cord, v cool…and more than a little more sophisticated than our Canadian shade tent we used last time that wasn’t quite long enough for us to fit into (see final photo as comparison to 2003)!! 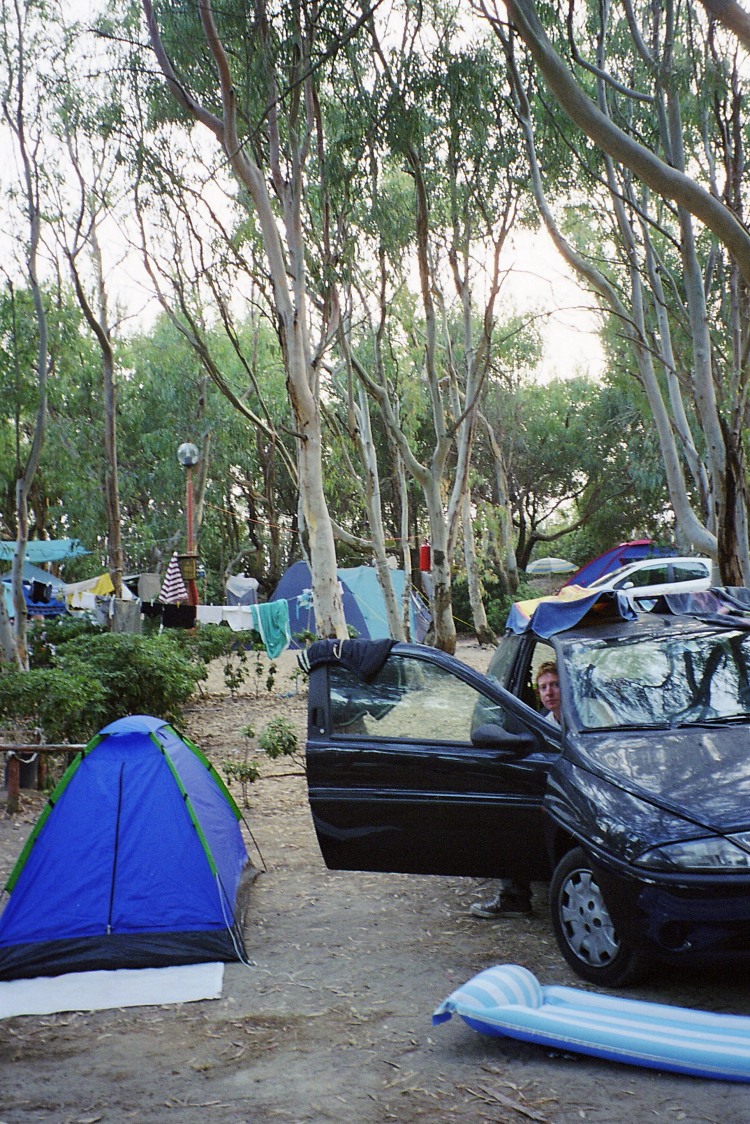 We headed inland initially to Tuscania, with it’s stunning old town and churches, looking rather well restored after a historically speaking recent earthquake (1971). 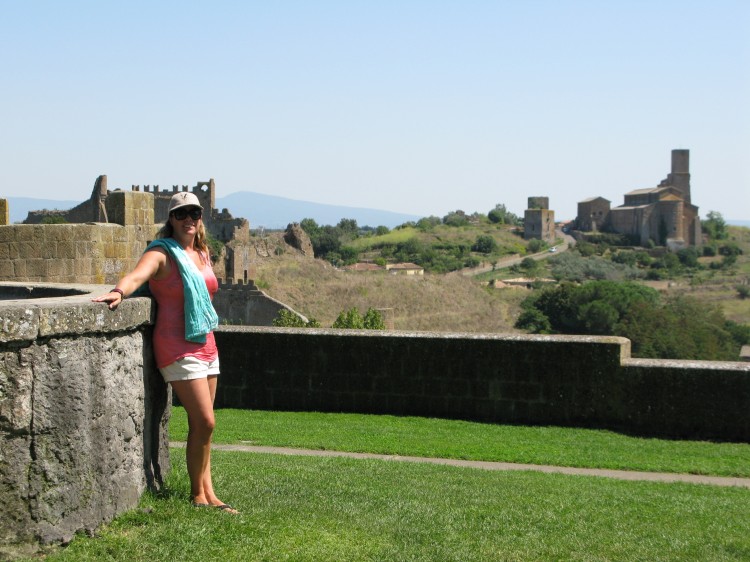 It was however roasting hot, so coast was the next obvious direction. Our main destination had always been the Orbetello lagoon on the edge of the coast, and camping on the edge of the national park. We were not dissapointed, and found a fantastic little camp ground a few paces from the beach near porto ercole with gorgeous views of the park, and as an added bonus one of the best vongole pastas I’ve had for a while in a restaurant with tables practically on the beach. The visit to Porto Santo Stefano was fantastic, gorgeous place, with rather a few mega yachts trying to outdo each other… 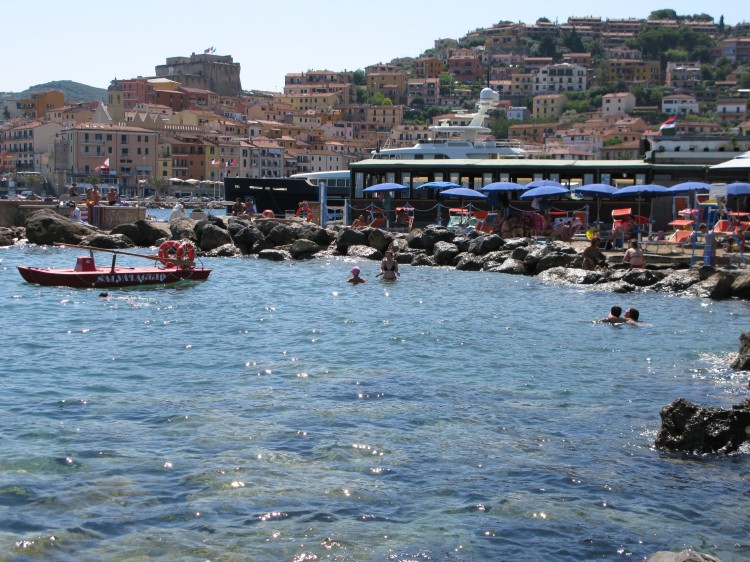 So all was idyllic, until nightfall, and we discovered that we’d camped next to a bloke going for the guinness book of records’ longest and loudest continuous snoring fest…the entire camp ground was kept awake, and despite discreetly rolling pine cones towards the tent, there was nothing that would wake the bugger, and so the next morning we moved on, along with everyone else…

Next stop was further north at a little campground behind a pine forest again a few paces from the beach with another great view of park and this time right on the edge of the Maremma national park. The view above was of the end of the little sand path directly beside our tent, site to swim about 14 seconds flat!!

We plan to return when it’s less hot to actually visit the park itself, thought of walking in 39 degrees a bit too much. No snoring this time, and a gorgeous 1950s caravan near us obviously passed down the generations to the young family on holiday, with original orange and brown canopy and little red/orange lights all over at night, wish I had a photo, camera was back in car in carpark, memory will remain.

The next day we headed back inland again and had a vague plan to find something with tiered sulphur springs we’d seen on a postcard, no mocking, we found plitvice national park lakes in Croatia this way, some may say a lack of planning or maps, I say a bit of luck and serendipity, and after all generally things on postcards are worth a look!!

Saturnia was quite amazing, a sort of crazy combination of a Fellini film and a Bosch painting, live and unfolding in front of us, until we reached it and were part of the display, the fact that it was in the middle of rolling green hills, and suddenly came into view around a corner in the bend, made it all the more unlikely. 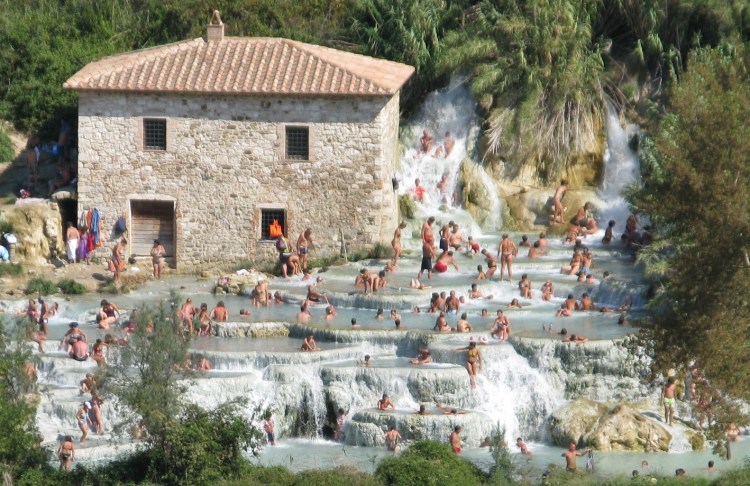 Final destination on what had turned out to be a packed full couple of days was lago de Bolsena, and a fantastic fish eaten on the lake at a little cafe, a quick swim to cool off, and the realisation that the Trevignano swans are rather more friendly than the Bolsena ones…!

The view was tremendous from the ruins at Montefiascone, so glad I was wearing my new bargain basement Romanian peasant top (gearing up for the 5 days in Timisoara), depite it being clearly anti the colour scheme, as it was again about 38 degrees, with not a breeze blowing anywhere…and then back home to Trevignano in August madness and a cooling lake swim.