When in Rome…stay in Trevignano?!

And so after a whistlestop tour of northern Portugal, we returned to European home, back to Trevignano, in peak season, and Loc’s first experience of the lake during summer, with around 3,000 Roman holiday makers, all squeezed onto the 1m deep beach. Just to set the scene, outside of the summer, there are generally 3 Trevignanese, the occasional fully kitted out in lycra round-the-lake cyclist and floppy the local village dog, have to put his photo in…

he is officially the chubbiest, friendliest alsatian I’ve ever met, something to do with his bar rounds every day and penchant for cornetti…he was lost around this time last year, like most dogs he is scared of the ferragosto fireworks, and it took a facebook campaign to find him in a nearby village and get him back, gold!

Anyway I digress…so the following daily scene, of umbrellas, chairs, floating kids play park, pedalos and windsurfers, came as a bit of a shock to Loc used to the tranquil deserted winter lake.

It was also festa time so we kicked off with the first in Bracciano, next village around the lake, with a meat and red wine festa, can’t go too wrong. 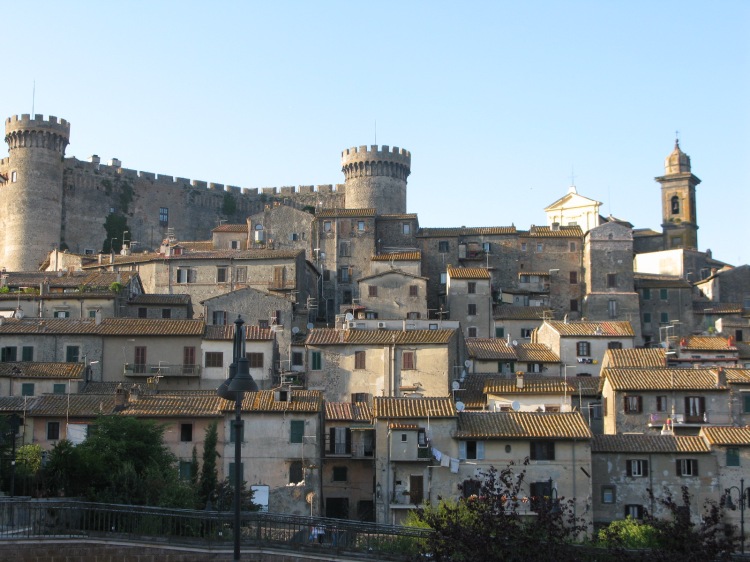 What really made the evening (apart from bottles of wine for 2 euros) was a fantastic, happy, semi dancing, smiling, jazz band, sponsored by the local bar, and clearly having a huge amount of fun (perhaps they had discovered that wine as well!!!)

Next up was a day trip to Sutri where we discovered a few things, including a rather gorgeous black and white cat that guards the amphiteatro, and a poster for a huge festa that evening, clearly lucky signs that we had to return. 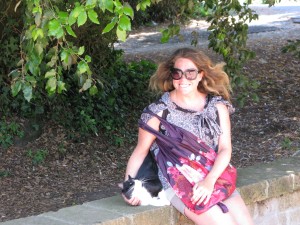 I’m so glad that we did, there were 12 local bands, spread through the old and new town, every store, bar, restaurant had and outside stall or food stand, and even the local supermarket had hired donkeys for the night (a little disturbing given you can see the sign for the butchers just behind the shot!!) My favourite of the night was the beatles/beach boys Italo band…see video below…everyone knows I prefer cats generally, but these two were admittedly quite cute!! 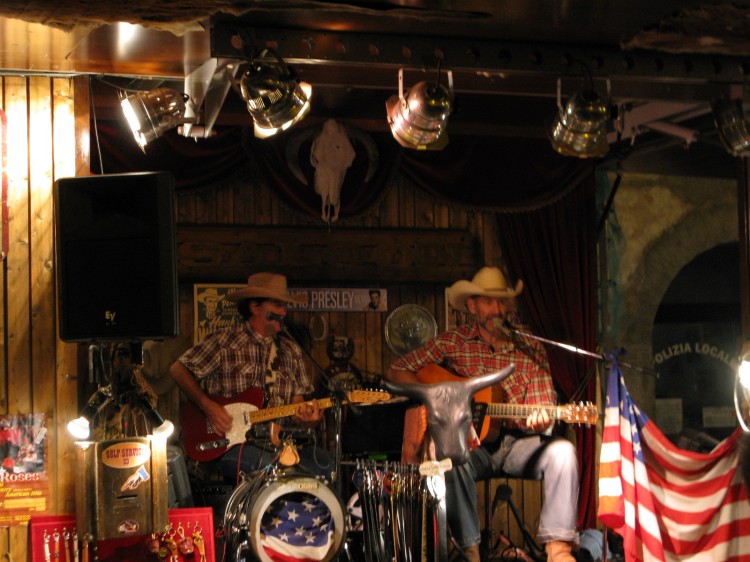 After spending a few days relaxing on the beach, checking out festas, keeping up the tan, eating yummy Italian dishes, and trying to remember to open my mouth and let the right language out after 3 months of Spanish, we decided to brave the sun and head down to Rome for the day, to villa borghese, to see the gallery, paintings, sculptures and a few beautiful Roman views. First stop was to admire the Byron statue, I think he wins vs. Loc for pensive nonchalantness (no I doubt it’s a word he used in his sonnets, but I think he should have…), Loc continues his impression of Byron below by kindly carrying my pink and purple bag…isn’t the villa Borghese just stunning…actually created with a gallery as it’s purpose and it sounds like the patron Scipione Borghese, was quite often a little unscrupulous about how he obtained some of the art, one particular painting he just blatantly stole, and it sounds like other acquisitions  involved various forms of bribery, nothing much has changed then… 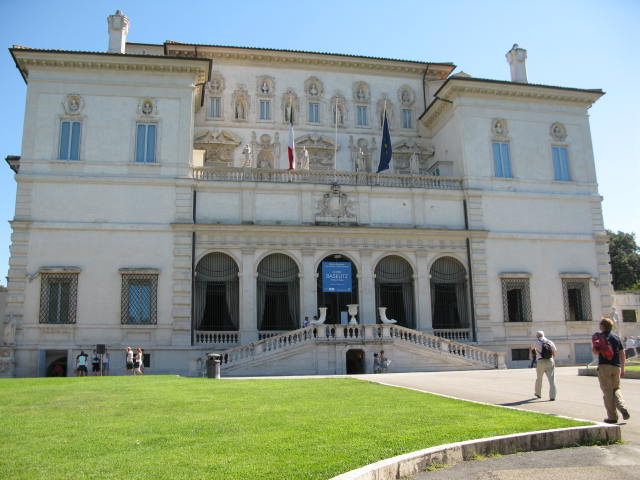 The gardens surrounding the gallery are equally gorgeous, particularly the aviary, it’s all been tidied up quite a bit over the last ten years, really impressive, followed by the lovely views of Rome, I’m lucky to have childhood memories of vistas that haven’t changed for hundreds and in some cases thousands of years, well ok, apart from the odd giant jelly baby, batman sculpture and dali grand?! 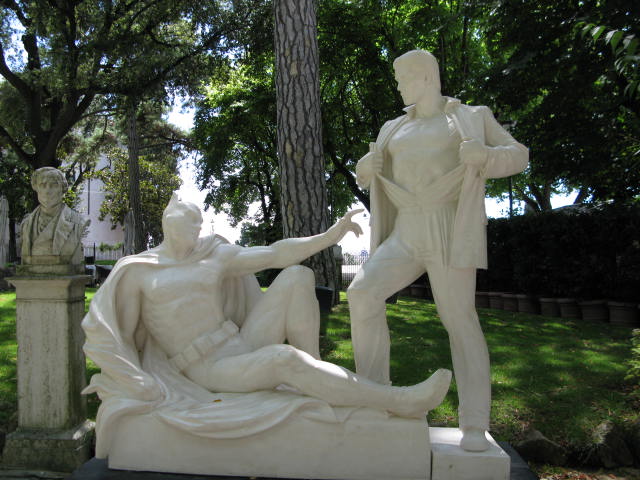 Next blog includes school reunion of sorts on San Lorenzo night of stars, ferragosto fireworks and vegas boat procession with painting of the virgin, bet you can’t wait he he he…